Engineer Joe Igbokwe, the special adviser to the governor of Lagos State on drainage and water resources was on his Facebook account to react after Atiku Abubakar said he will also contest for the position of the president in 2023.

Joe Igbokwe started by quoting Atiku Abubakar saying “I will contest in 2023”, after that, Joe Igbokwe then reacted to the statement by saying “customer daa daa”, which means a very good customer.

President Buhari also contested three times before he finally became the president of Nigeria in 2015. So I believe Atiku Abubakar stands a chance to become the president also but he just has to be consistent and keep pushing, one day his dream will come through and people will celebrate with him, it’s just a matter of time. 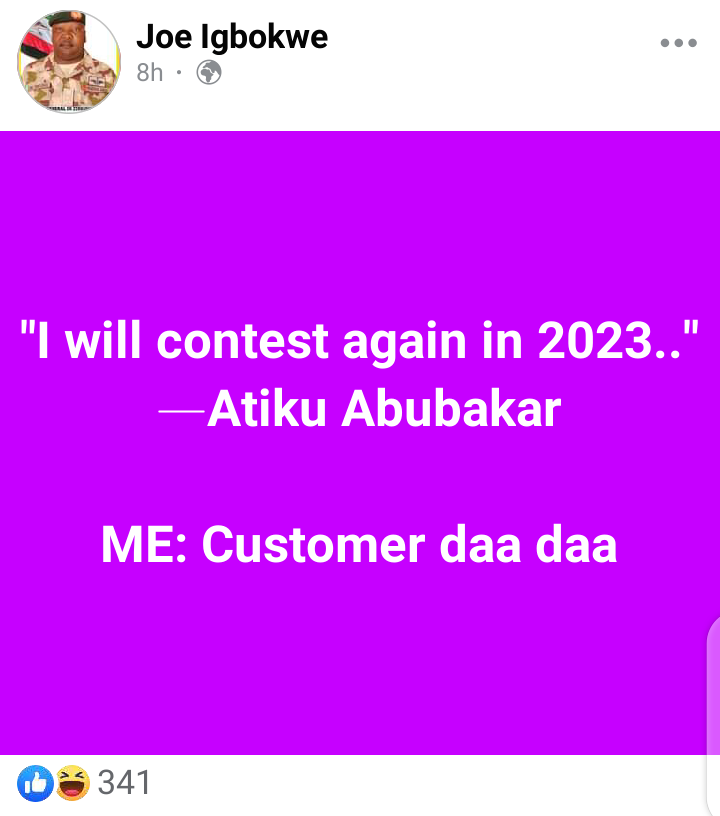 Family of abducted GEJ’s cousin plead for his unconditional release

This Flight To Heaven

Woman escapes son who wanted to kill her for ritual (Video)

“I am back to the house, eating…” – D’General after court drama (Video)

“We will be back to fight for our Nation, stronger” – Alex Iwob

“Life is a playground, we should utilise every opportunity to play” – Mark Angel